Back in 2005 while I was going through highschool I lacked any of the skills required to build something from the ground up. So instead, I spent a lot of time playing online games – escpecially one called Travian. Not only playing though, I also spent countless hours on the community boards and on the IRC channel helping newcomers understanding the finer aspects of the game. 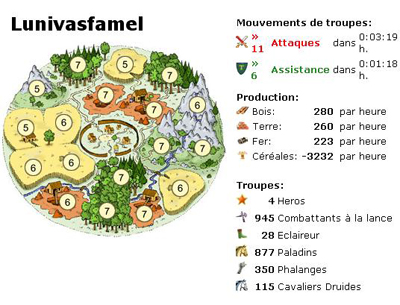 After a year or so, the company behind the game started hiring volunteers to run the french version of the game. I became board moderator and later “super-moderator”, in charge of the whole forum – at that time around 2000 active users and divided into over 15 categories. I would also participate in the recruitment and training of new moderators alongside my boss and one other supermod.

We brought the crew up from 5-6 people to a full 20, all trained und supervised – my first manager experiences. It was a bit more stressfull (especially since it was still volunteering) but I met a lot of very nice and interesting people there. 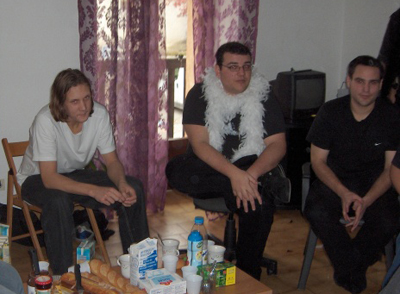 During one of our "In Real Life" meetups with the travian team. I'm the long haired guy on the left.

Around 2007 my boss left his position and I became board admin at only 17 – now with over 3000 active users and head of a 20-25 persons crew I had mostly recruited myself. However other aspects of the job had been going down the drain for a while, and after a couple of months and several brutal organizational changes coming from the main company, a lot of staff members left the ship – including me.

Management itself left a bitter taste; I learned that taking responsibilities without sound reason is quite a bad idea, and was better at doing things than telling people how to do them.