During my last year at the university in 2009, I had the opportunity to study in alternation, ie. studying a week at the university, then working a week for a company. I was hired by a startup called Kairos Media and worked there for a year. 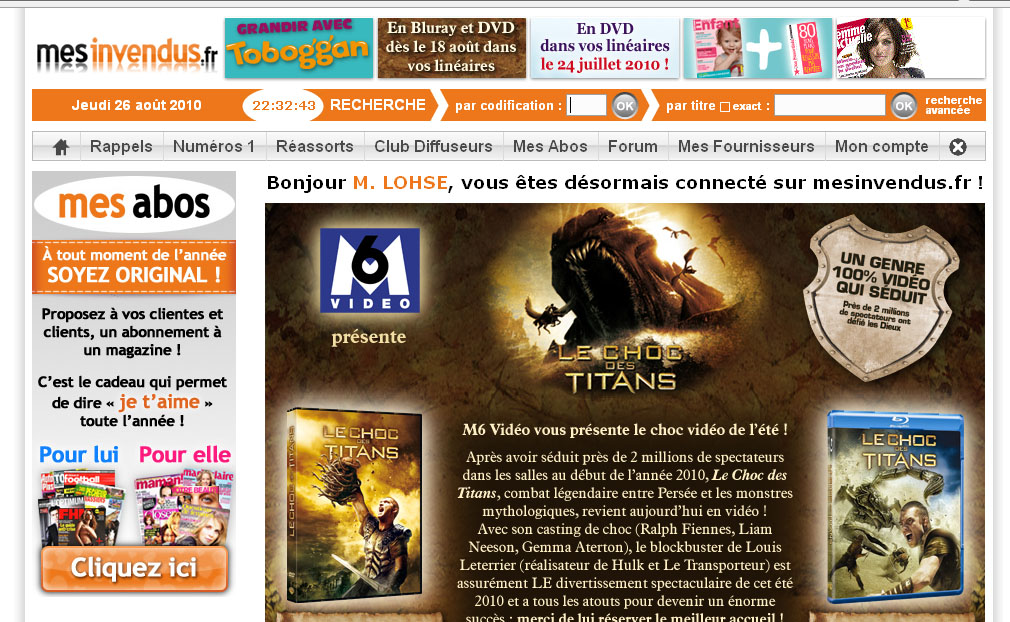 MesInvendus.fr, the flagship of Kairos Media.

Kairos Media’s main activity was maintaining 2 websites providing newspaper resellers with useful tools. As their lead developer, I developed several new features, updated existing ones and fixed a lot of stuff around the website. I had at that time neither interest nor business doing design work.

I arrived there as a code-monkey, a good dev that is expected to be told exactly what to do. But the startup environment made me grow to another level – I was often asked to voice my opinion on new products or services, to deliver time estimates and make important technical choices. By the end of the year I liked it a lot and would often be the one suggesting changes to improve the business.

The financial health of the company however was getting worse so at the end of my contract I decided to pack my things and find another job.