From 2007 to 2010, I worked on a fully-fledged online game called Eclypsis and as of today it’s still one of the most chalenging things I’ve done.

A friend I met during my time at travian had a couple of ideas for a new browser game and gathered a small team to start building it. Apart from Matthieu himself, there was another developer called Pierre, plus 2 other people we recruited a bit later.

As developers, we knew the task was huge; but we didn’t realize how huge exactly. 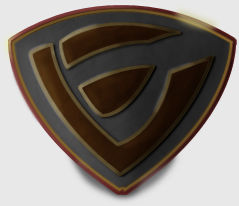 One of the earlier logos for our game

I got way better at programming and learned a lot about the requirements for large scale applications, as did the rest of the team in their respective fields. We spent countless hours working on the project and threw everything out to start fresh a couple of times. We even met “in real life” for 4 days at one of the team members house coding ,ight and day.

2009 arrived and a new designer started to work with us. This was also the rise of HTML5, and front end development became appealing to me. The other frond end developer, Clowrid, left the project, so I took over the front end part. The PHP code base was now advanced enough so that Pierre could handle the remaining parts alone. I set out to create and code the new game UI with our designer.

Over the years, there had been several difficult phases, where the project had been stuck. At times I had been coding alone for weeks; at other times Pierre did the same. It was hard to keep the motivation up over such a long time span, especially without being able to show of the result or get feedback. 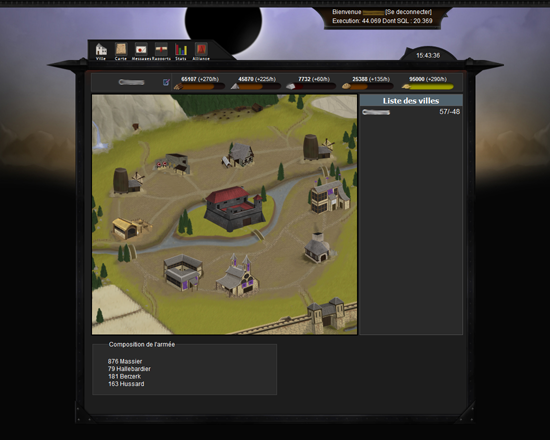 A former game interface for Eclypsis

One year later, I was done with my studies and immediately started my first real job. Eclypsis needed more or less 6 more month of work before the beta. I did try to keep working on it; but after 3 month at my new job I had a burn out and needed to spend my freetimes on other things then coding… so I left the project.

The game went live a couple of months later, re-branded Nemeria. I asked if I could help again, either by investing money in the company or through my experience as a board admin, but they refused. I was disappointed, but I now had a very interesting job that had to focus on. I had become a very good developer, both on the front and back end. I learned the value of software design, code DRYness and other similar concepts. Other side projects helped, but Eclypsis most of all thought me what I now know about programming.