During my work at Groupe ESC Troyes I almost didn’t write a line of code outside my work. My job was exciting and my previously in-existent design skills had grown by necessity, such as I was now good enough to handle any web project almost on my own – it’s just that I didn’t want to do it. 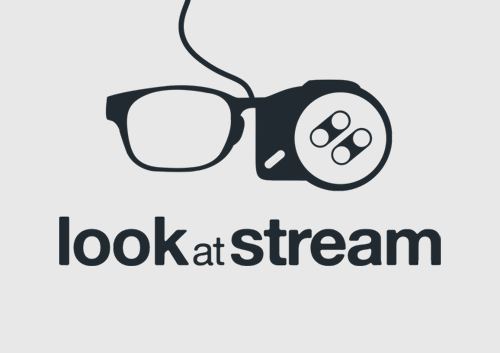 The Look At Stream logo, courtesy of my friend [Loic Herr](http://herrloc.fr/ "Loic's website")

After my first conference, the Web Event Lyon, I felt the urge to create things on my own again. Clowrid, a friend I had met while working on Eclypsis, was building a website called Look At Stream and asked if I wanted to help out – I hesitated a split second and said yes.

I spent 3 straight days designing the site and rewriting most of the code that was already there – and then we launched. The site simply allowed the users to watch live streams from games like League of Legends or Starcraft 2, originally displayed on http://www.own3d.tv/ or http://www.twitch.tv/. Clowrid used his contact network to start promoting the site, and it worked fairly well; within a couple of weeks, we had around 500 daily users, and over 4000 during big tournaments. We created an organization around the website that could hold the rights and cash in the incomes.

A few months later Own3d.tv closed, and with only one major host for e-sports videos Look At Stream lost it’s purpose so wa called it quits. A noce startup-like experience though, with lots of fast iterations to find what people actually wanted from such a service.